What happens in a cockpit?

When we hear the Captain’s voice from the cockpit, he welcomes us on board and tells us about our flight. His announcement makes us feel reassured and the rest of our journey is even more pleasurable.

Those who sit at the yoke of an airplane have somewhat of an allure and the flight deck, the technical name for the cockpit, has always aroused a great deal of curiosity. It is probably the most interesting part of a plane! When flight attendants welcome us on board, as we are stepping into the airplane, we automatically glance to the left to peek into the inside the cockpit with its fascinating instrument panel containing the most sophisticated management, control and communication equipment required to operate the aircraft and enable pilots to fly the plane in total safety through miles and miles of sky. 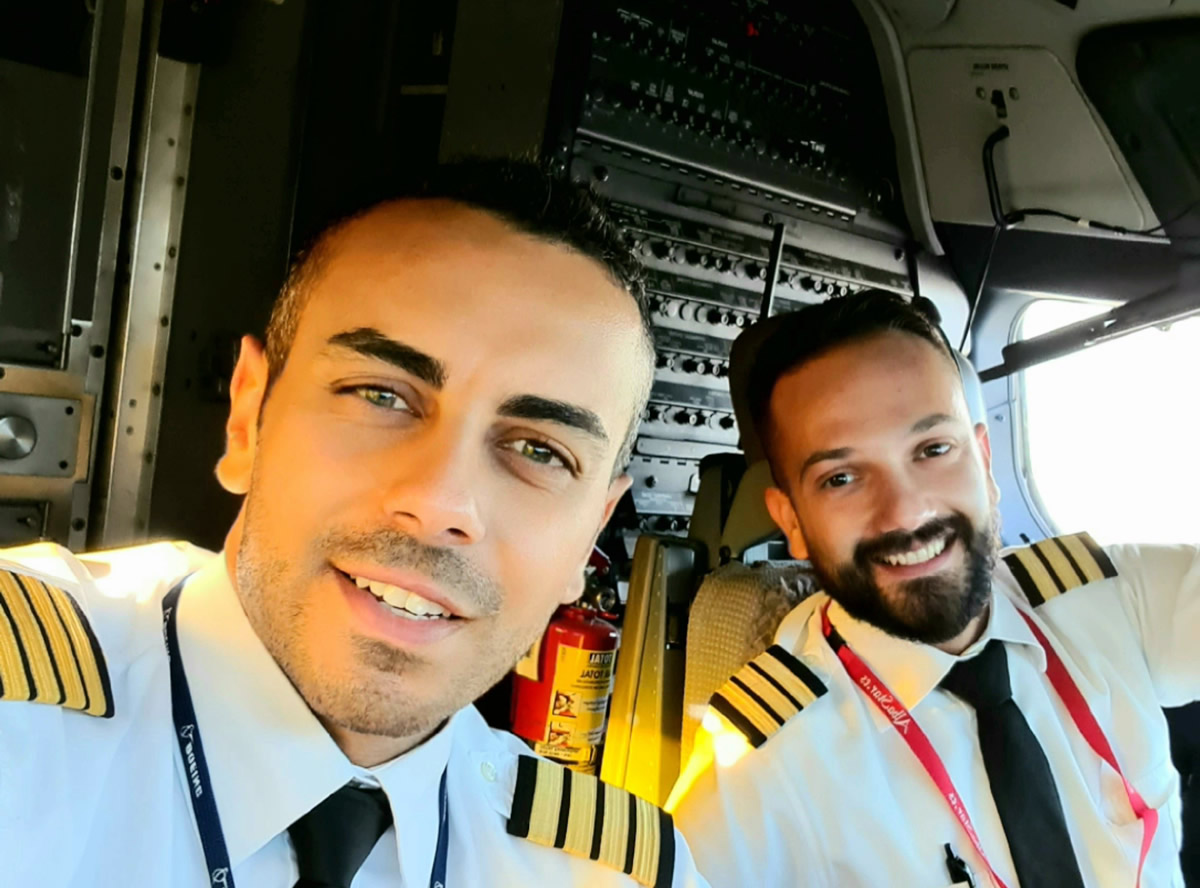 But what happens in a cockpit?

Today we are able to tell you about it, exploring a novel aspect for many, thanks to Marco Minari’s reportage. Marco is historical collaborator of the JP4 aviation monthly, who we had the pleasure of hosting on board the AP453-454 rotation on 31st August, departing from Milan Malpensa in the early afternoon and flying to Trapani, and returning in the evening to the Milan airport.

At the controls of our Boeing 737-800, ECNLK registration marking, with 189 seats in a single class, Commander Maikel Mesieha and First Officer Daniele Depau hosted Marco in the cockpit thanks to the authorisation received from our Flight Operations Management, given Marco’s decades of experience as a reporter in the aeronautical sector.

But let’s get to the heart of the flight experience, giving the floor to Marco Minari, whom we thank for his collaboration 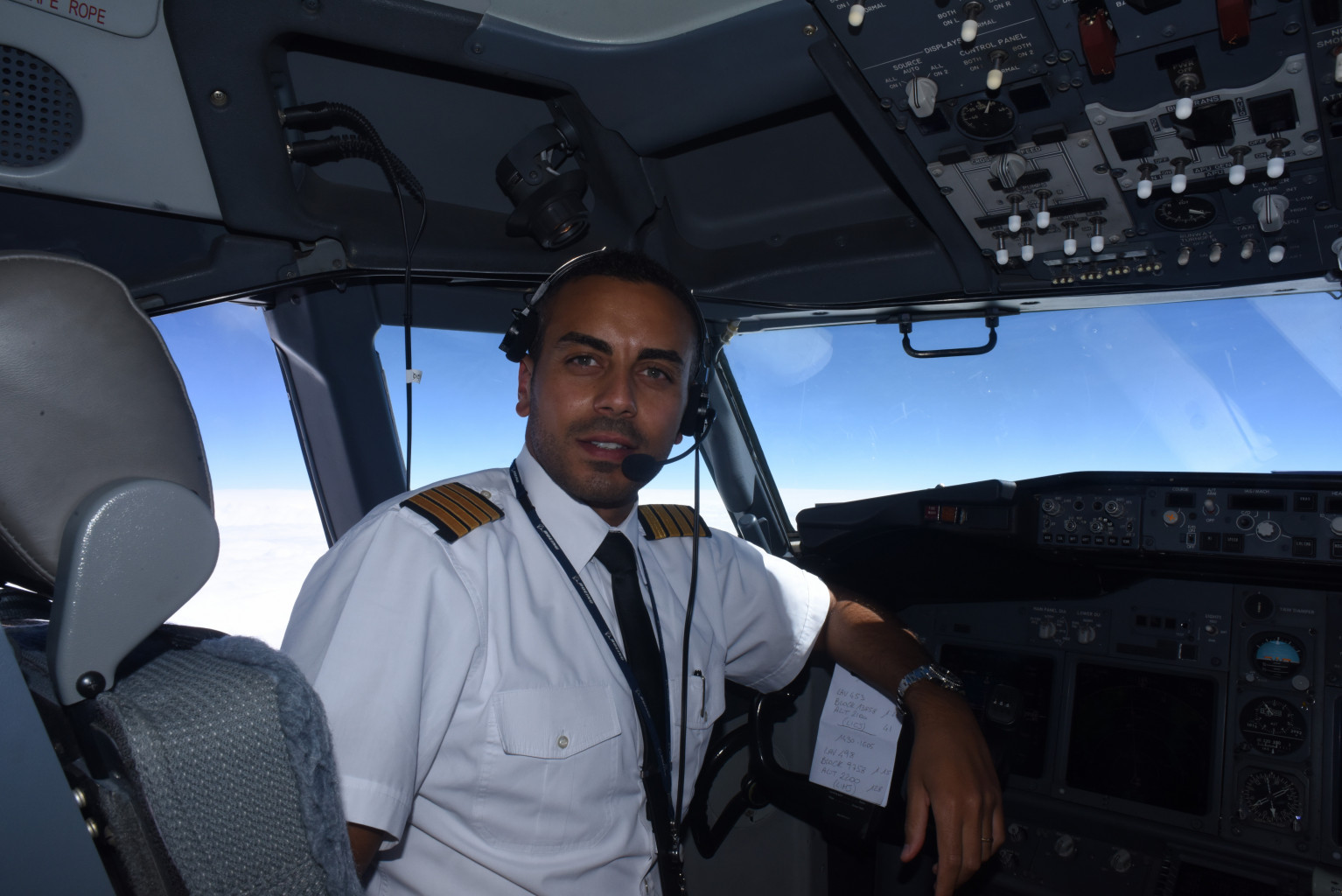 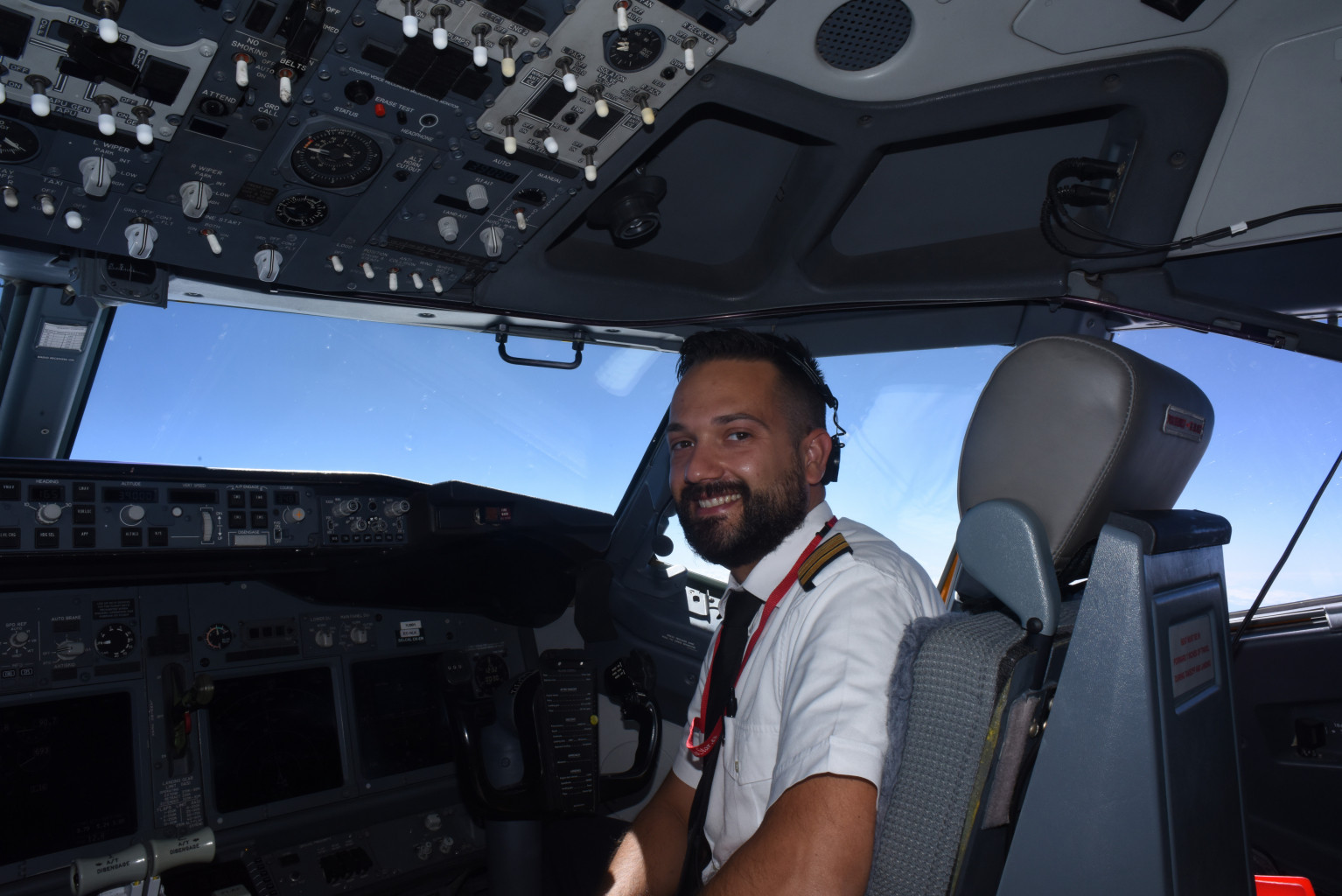 Writing and photographing for the monthly aviation magazine “JP4 mensile di aeronautica e spazio” since the early 90s, has given me the opportunity to sit time and time again in the cockpit on the “jumpseat”, commonly called the folding seat. This opportunity – once almost taken for granted for a journalist of the aviation sector – has become much rarer and more complex after 11th September. Today, this seat behind the two pilots can only be used by non airline staff once the cockpit door has been shut, upon obtaining specific authorisation.

Watching the flight from here, especially take-off and landing, is always fascinating and not easy to describe. The pilots perform gestures that are part of their everyday life, repeated over and over again every day, yet they seem special, out of the ordinary, each time I seem them. Sitting down, putting on headphones to be able to talk to the crew and fastening the four-point seat belt (a harness fastening you in the seat that has to be worn the entire flight), puts you in a privileged position where you can clearly see all flight operations. While listening to the checklists, the flight plan and the engine ignition, it was difficult not to stare at the hand of Maikel Mesieha, the youngest commander of Albastar’s staff, who has approximately 8000 hours flight experience on Boeing 737 aircraft, which pushed the throttle at take-off and applied reverse thrust (thrust reversal to stop the plane), once it touched the ground. Both pilots both maintain on-board communication with the control bodies and airports. During the cruise flight phase, I spoke with Maikel and Daniel about their impressions, flight data and the route. We also chatted about memories and knowledge of the aeronautical world which, although very vast, often unites pilots, hostesses, technicians and… aviation sector journalists. 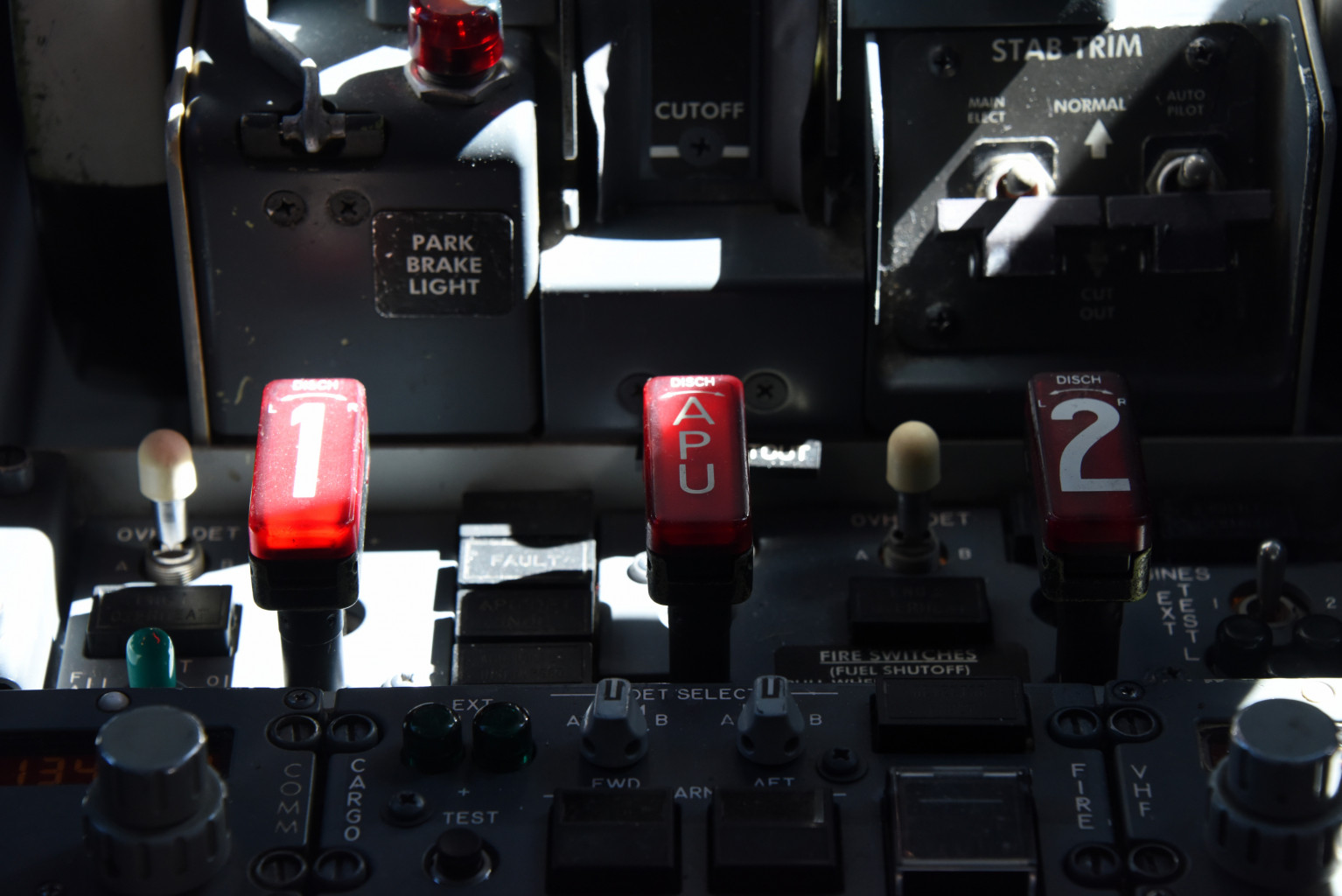 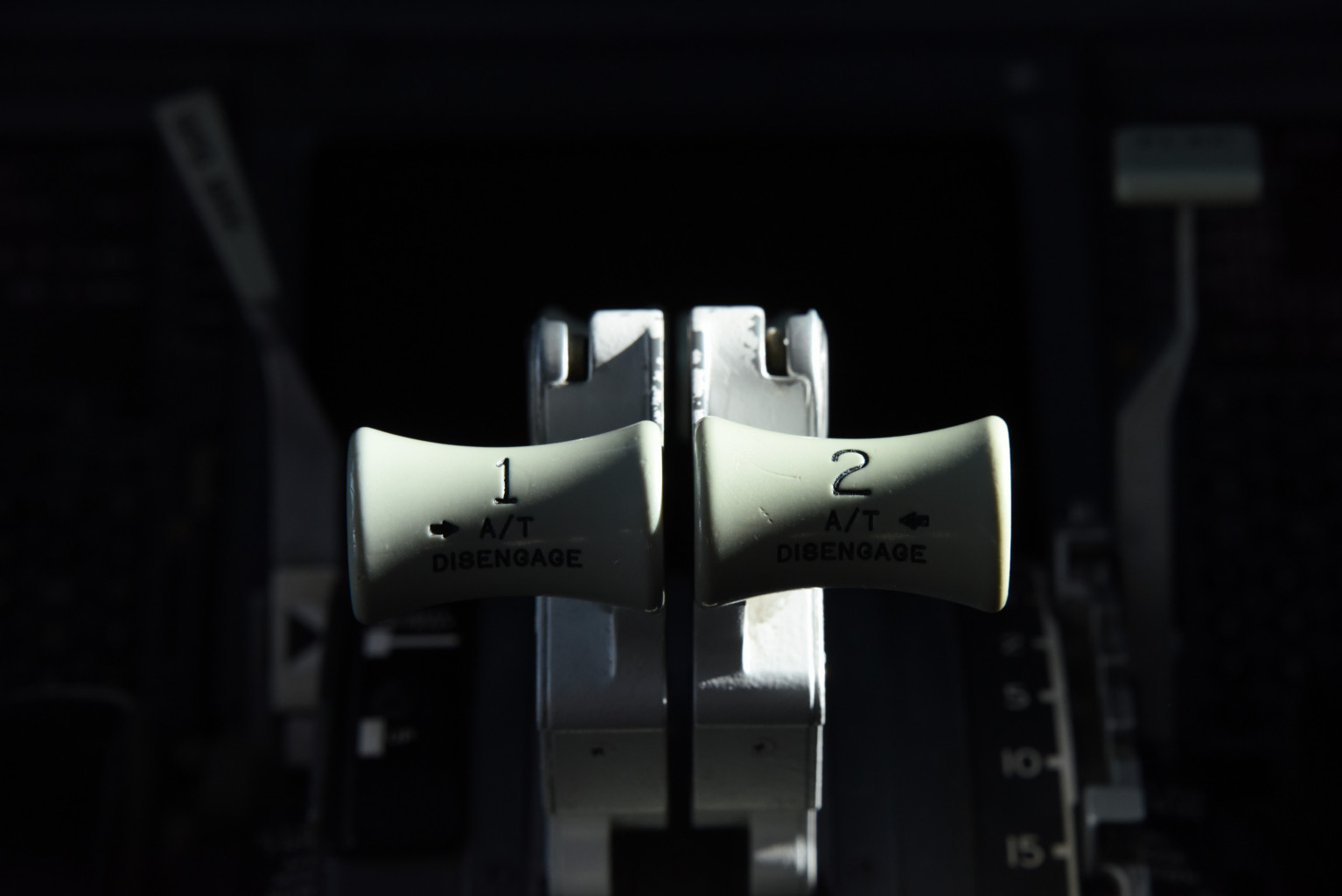 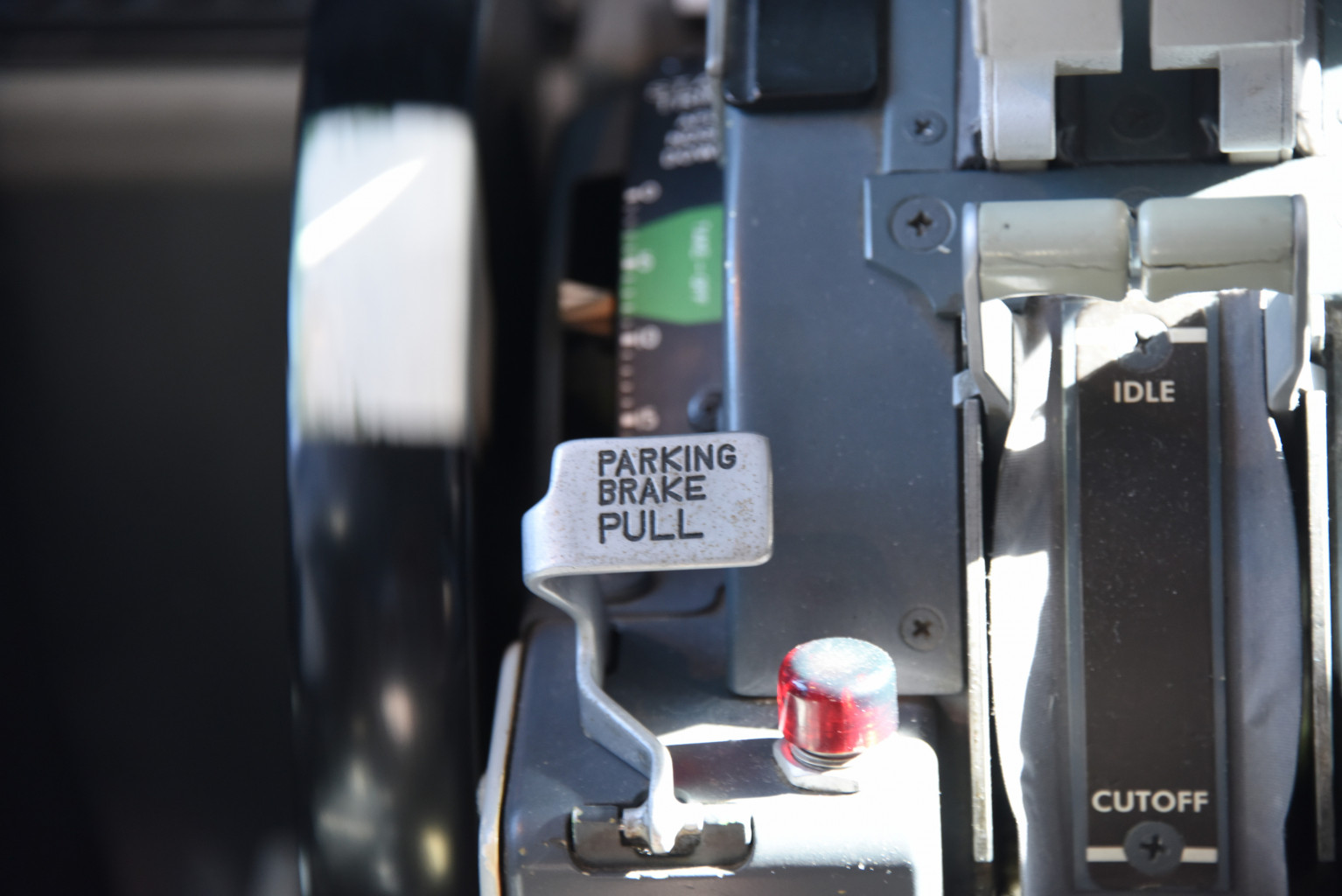 Albastar flies with Boeing 737s, which provide pilots with more visible dexterity thanks to the yoke that better conveys the idea of take-off, of detachment from the runway, compared to Airbuses where a side-stick is used. I reckon that many like the idea of being able to sit on the folding seat in the cockpit during a flight, yet I assure you that the seats in the cabin are a lot more comfortable and thanks to the care of the crew – especially Albastar’s flight crews – sipping a drink on one of those comfortable seats is far more enjoyable. Our outbound flight from Milan Malpensa to Trapani flew in the afternoon at an altitude of 39,000 feet (an altitude close to 12,000 meters), which we reached as soon as we left the Ligurian coast and kept while flying over the sea until our descent towards Trapani, an airport which has recently become one of the operational bases of Albastar with various destinations served.

We landed on the Birgi 31L runway reaching the start of the runway with the sea in front of us and the terminal immediately on the left. Maikel and Daniele then backtracked along the runway, turning the 737 180° and taxiing against the flow of traffic towards the parking area. The return flight at night, on the other hand, began with a take-off from the opposite end due to wind (13R). We climbed to 36,000 feet (about 11,000 meters) across the Tyrrhenian Sea and landed at Malpensa. Yet another exhilarating experience to report in JP4 together with the photographs taken from a privileged shooting point.

Having flown with an excellent crew, just before saying goodbye we promised to see each other soon, to share another flight experience. 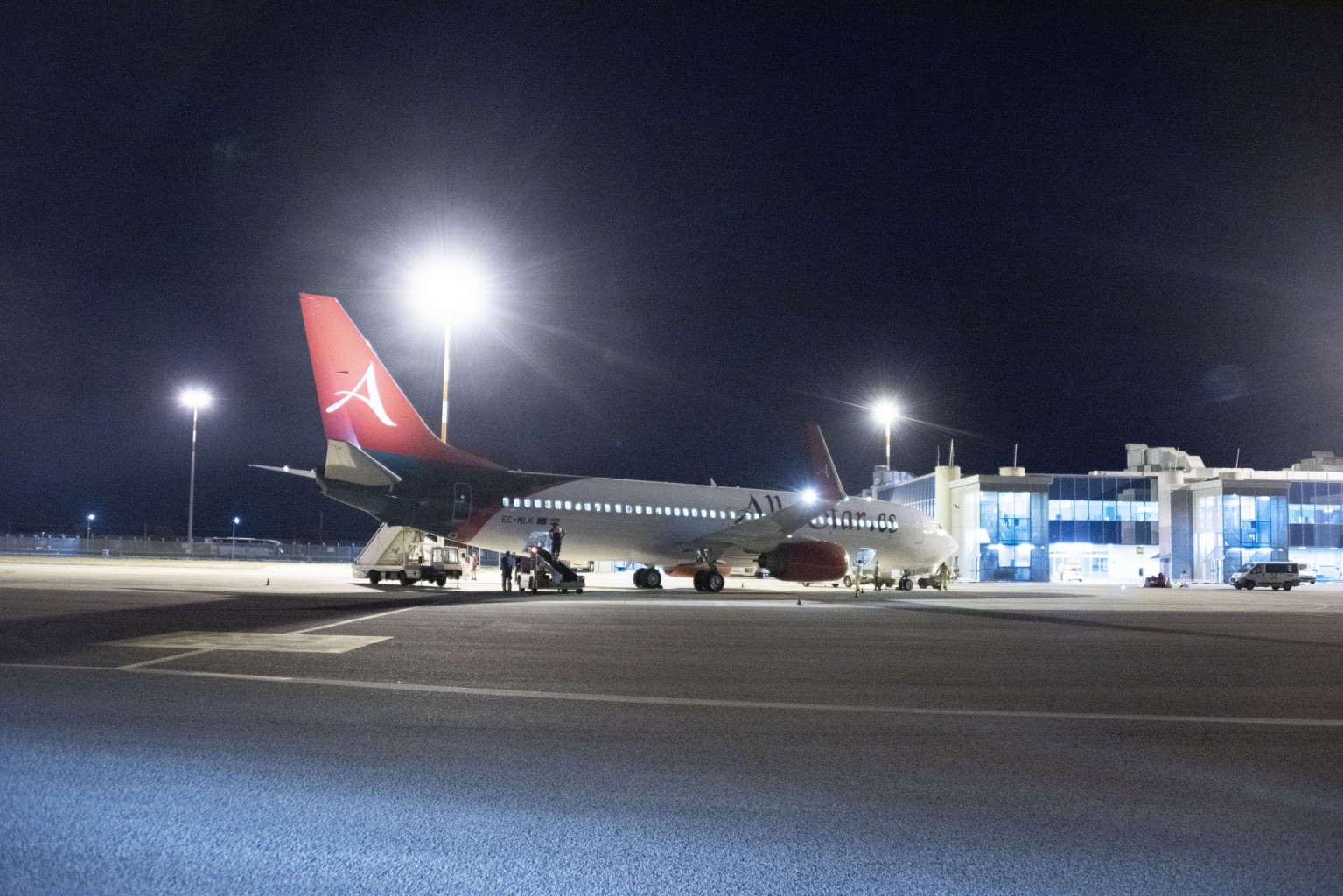